Lint: The Number One Nemesis Of Your Clothes Dryer

Lint: The Number One Nemesis Of Your Clothes Dryer

Washing the clothes is less of a hassle than waiting for them to dry. Thanks to the clothes dryer, this too can be done quickly.

It’s amazing how a simple machine quickly fluffs and dries a variety of fabrics. It saves you time and is easier than lining them all up on a clothespin.

But all appliances need a little maintenance to keep functioning efficiently. One of the major problems is lint accumulation which is also preventable. A few seconds needed to clean the lint away can save the dryer!

How does lint get trapped in your dryer?

When you load the dryer with clothes, lint is stuck to a number of fabrics.

While drying, tumbling and heating causes clothes to fluff up. As a result, lint is released.

Following the air current, the flows right into the trap. The amount of lint in each cycle is dependent on the type of fabrics you’ve loaded.

As the trapped lint increases in volume, it also enhances the risk of overheating.

It’s because the air can’t freely move inside the dryer. Since dryers are usually set to work at high heat, it already creates heat inside.

Under normal conditions, these setting are completely safe. But with trapped lint, the system will heat up quicker. It can also result in a fire hazard as fabrics can ignite quite quickly.

What makes the lint so flammable? It’s shape and texture!

You see, lint is tiny pieces of fabric that can get collected in the trap quite easily. Another thing you need for combustion is Oxygen. The air brings the oxygen which combusts on heating.

As a result, excessive heat can lead to a fire hazard. As the dryer moves, sparks mayfly, resulting in a fire.

If your clothes dryer is causing troubles or has stopped functioning, call All Pro Appliance and Refrigerator Repair in for dryer repairs. We offer appliance repair throughout Atlanta, GA. You can contact us by dialing 678-765-7774 or requesting our service online.

About the Author: Taylor Gill 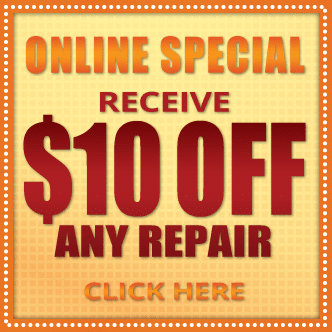